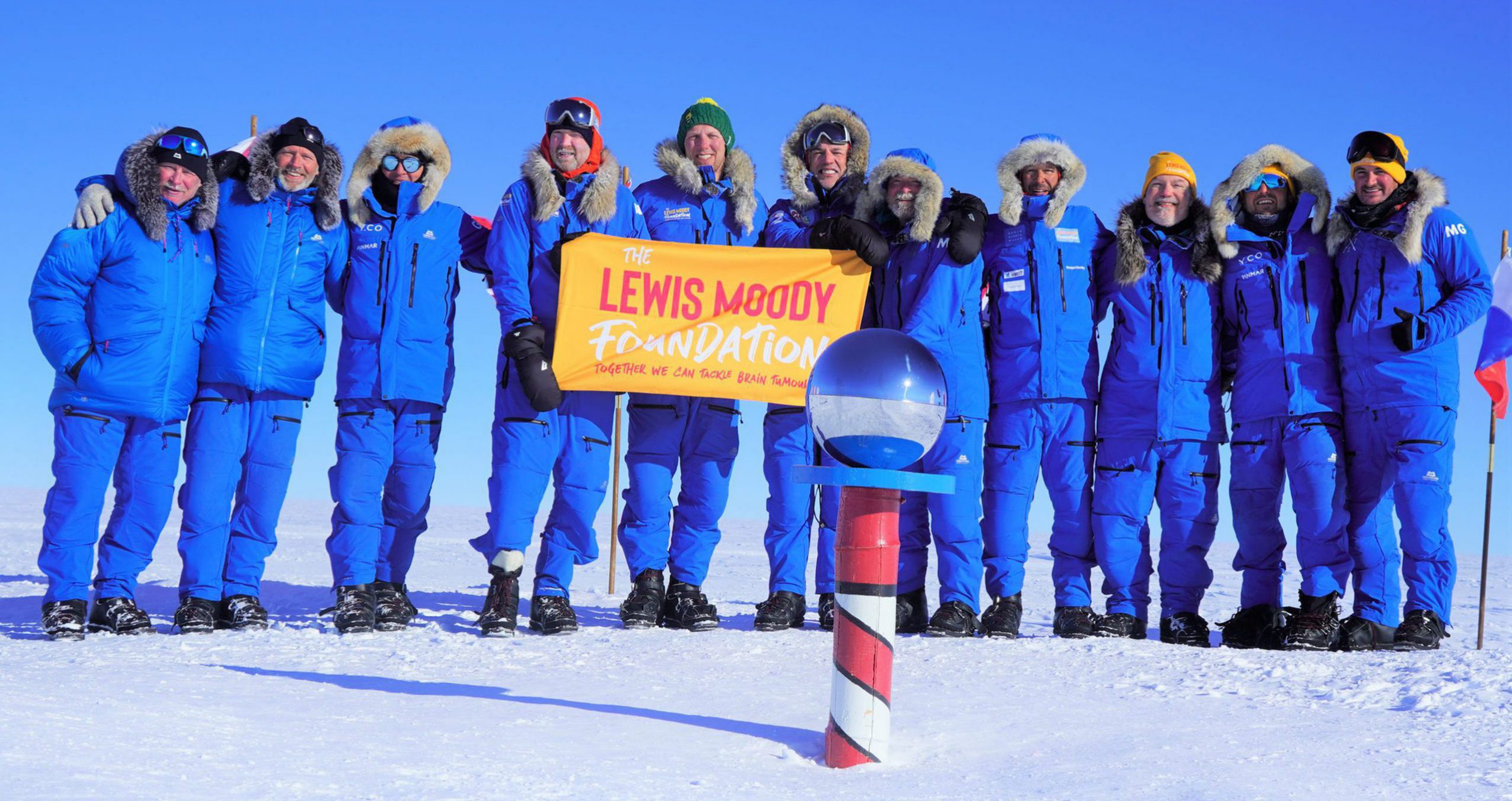 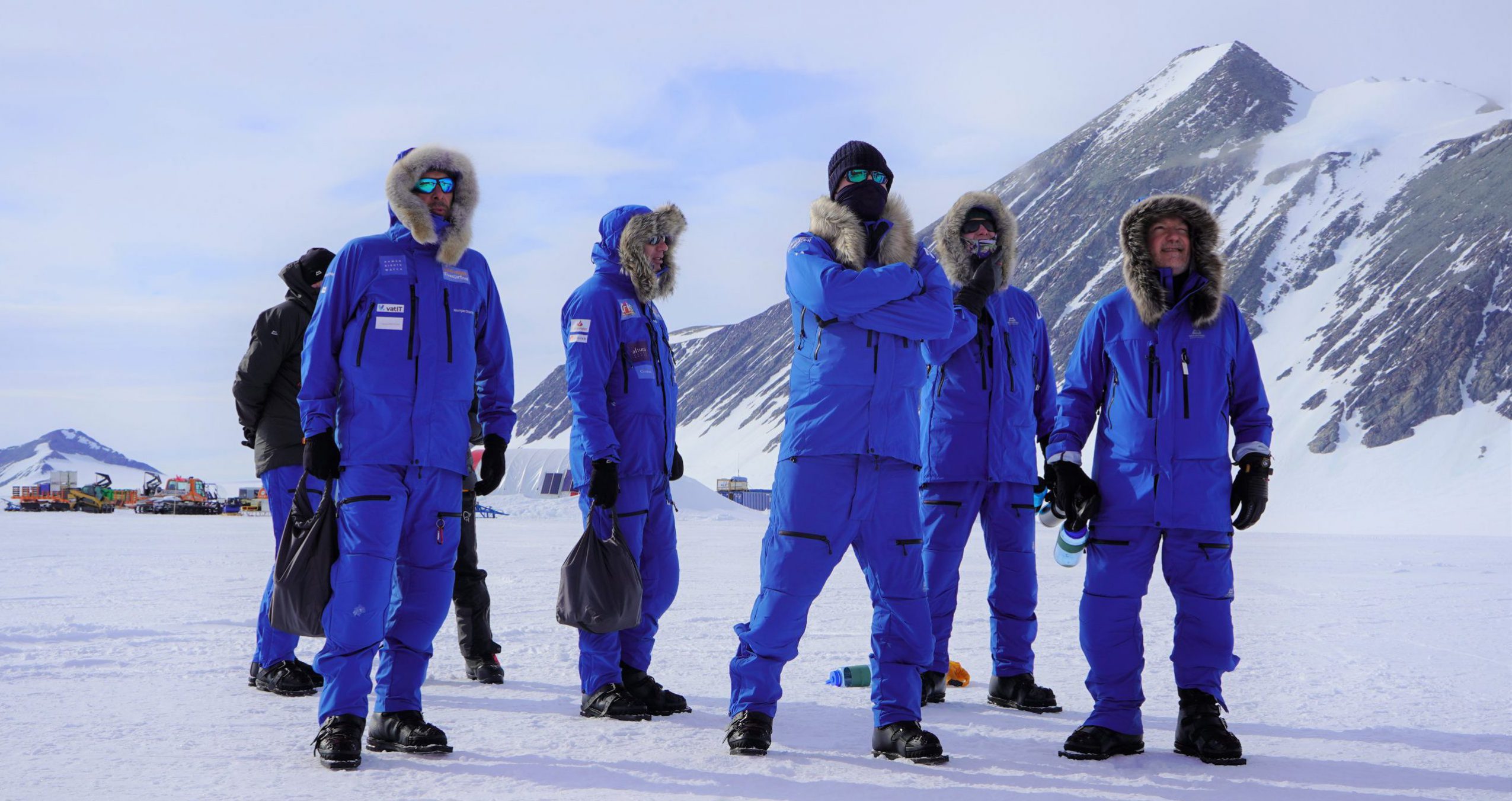 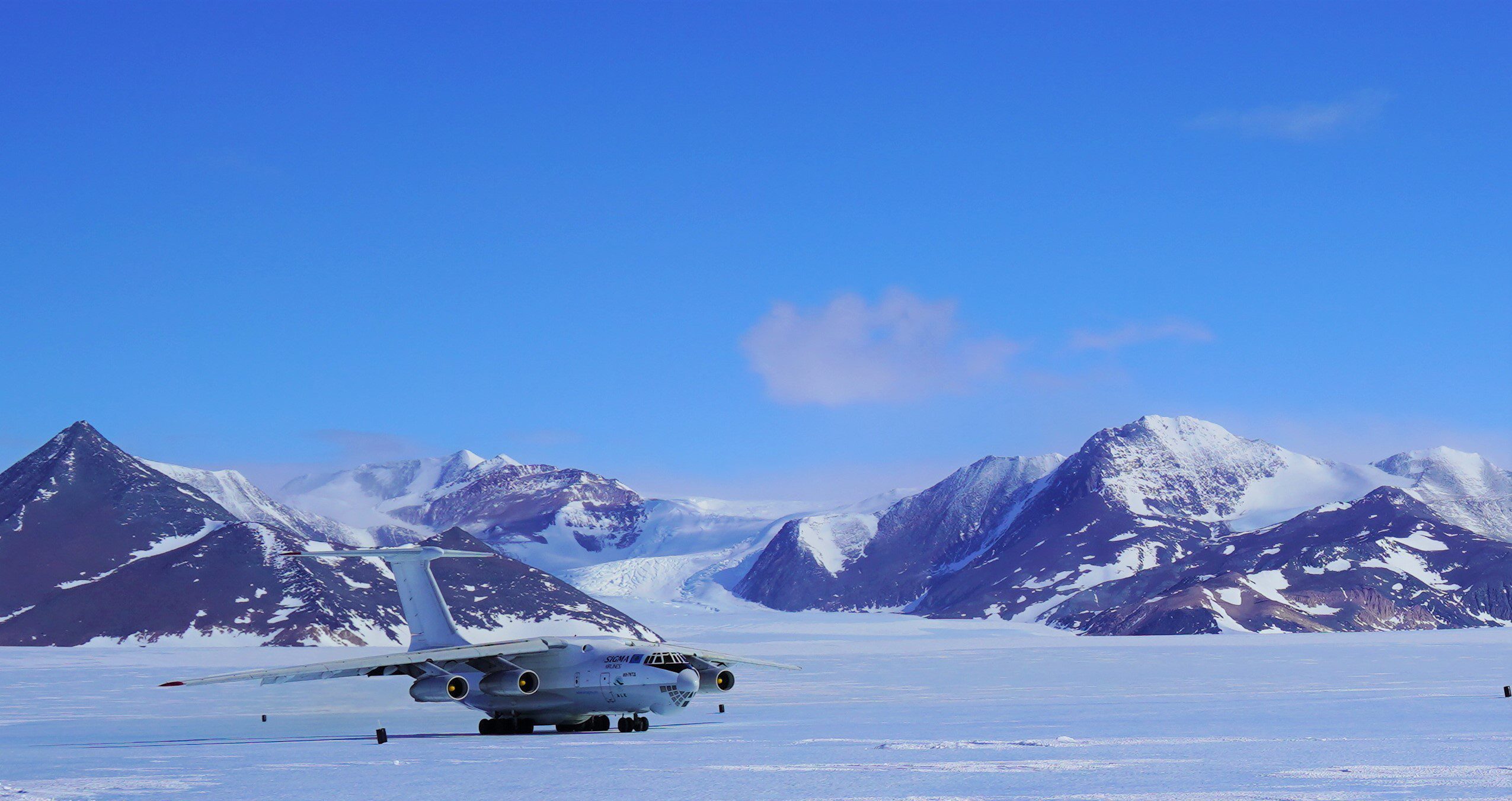 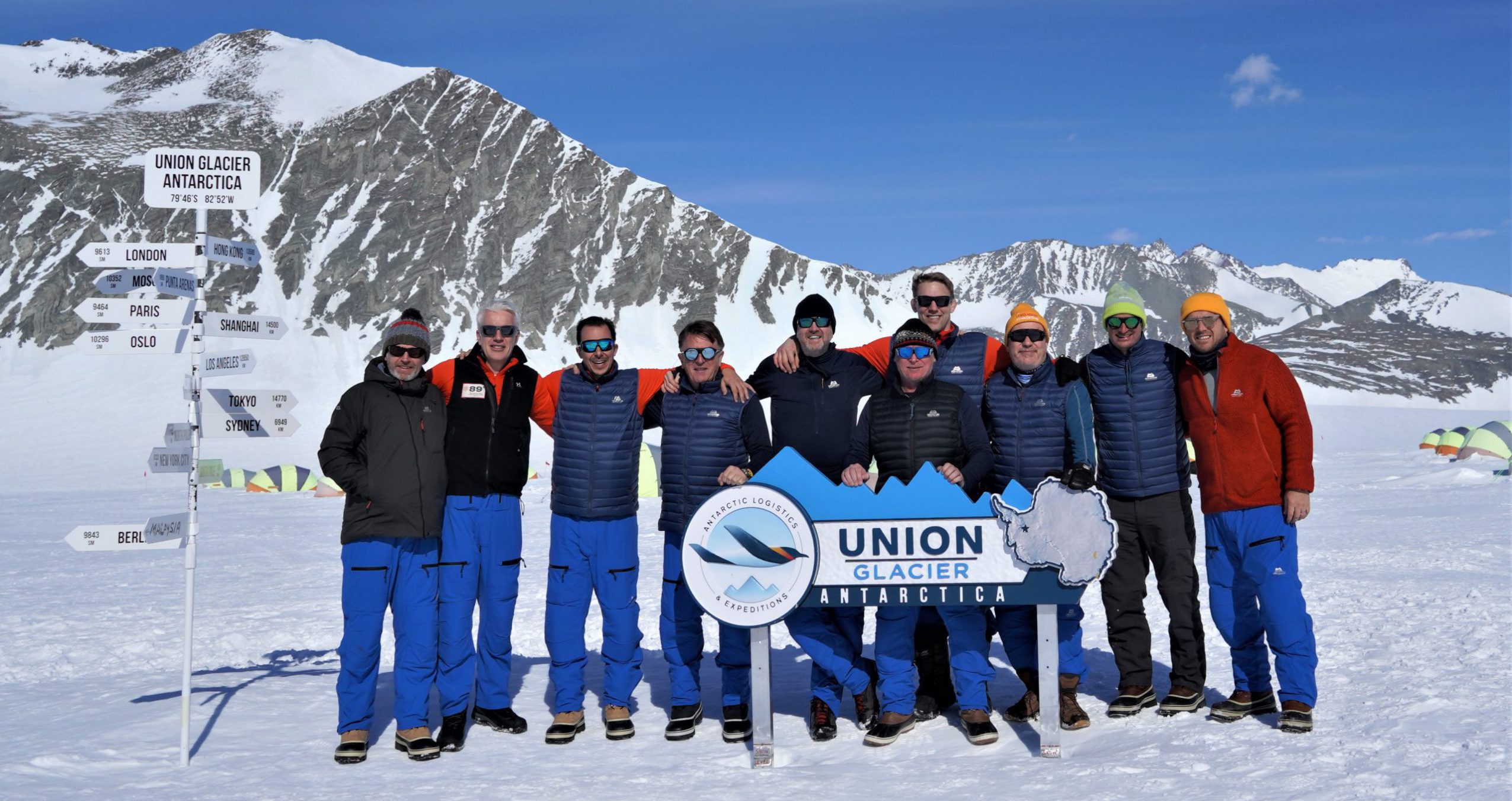 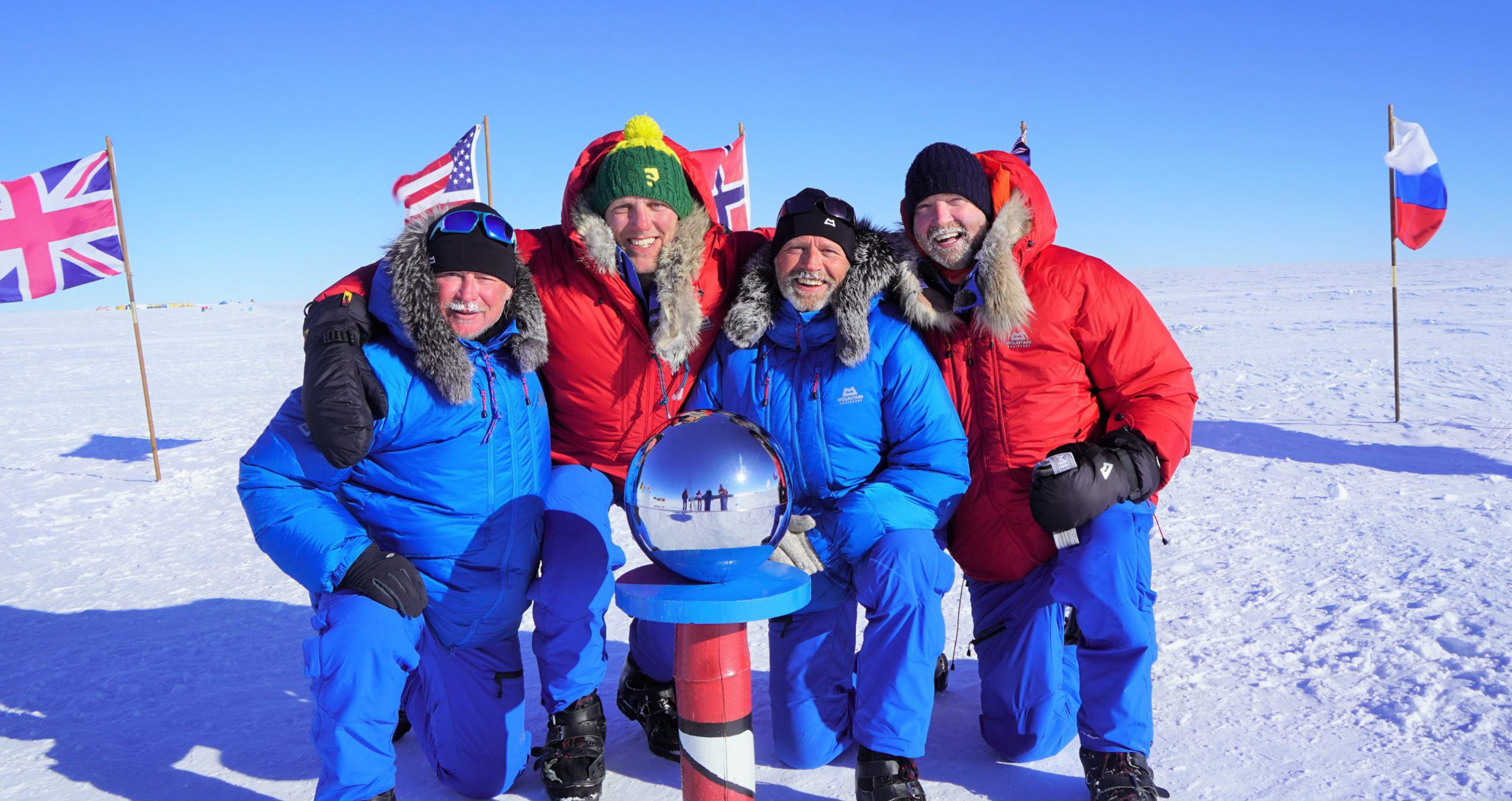 Led by polar explorer, Alan Chambers MBE, the 11-strong team trekked to the geographic South Pole, one of the most inhospitable environments on the planet, to raise funds for The Lewis Moody Foundation.

The expedition has raised over £340,000 for The Foundation to help fund a pioneering new clinical trial to change outcomes for those with a brain tumour.

After 10 consecutive days of ice travel, in temperatures of up to -42 degrees, the team finally made it to the Pole at around 8pm on 12th January 2020.

Speaking directly from Antartica Lewis Moody said “That was the most brutal day imaginable. We could see the Pole in front of us for so long, but it didnt seem to get any closer. Finally at about 8pm, after 12 hours on the ice we made it!”

Each team member pulled their own, specially-design Norwegian sleds that weighed 200kg with everything each person needed – tents, clothing and food – onboard. During the expedition, they battled the elements, with frostbite and hyperthermia a constant risk.

Reflecting on his trip Lewis told us “The hardest part? Getting out of the tent in the morning to face the freezing conditions that you know are out there, when all you want to do is stay hunkered down inside! Some of the team had blisters on blisters, others had sun damage from the constant glare of the sun on the ice. All of us were missing our children and families at home.”

Challenge leader and guide Alan Chambers said: “We were well prepared for the challenge and knowing that we did this to raise money to further crucial research in the fight against brain tumours is a source of considerable motivation and pride.”

Huge congratulations to Mike Tobin, Mike Gregory, Charlie Birkett, Gary Wright, Julian Mylchreest, Neil Counihan, Garrett Curran, Enrique Perez-Hernadez and of course our very own inspirational Lewis Moody. And the hugest of thanks to the Team Leaders and Guides, Alan Chambers and Wayne Hoyle who safely navigated the team to the South Pole! 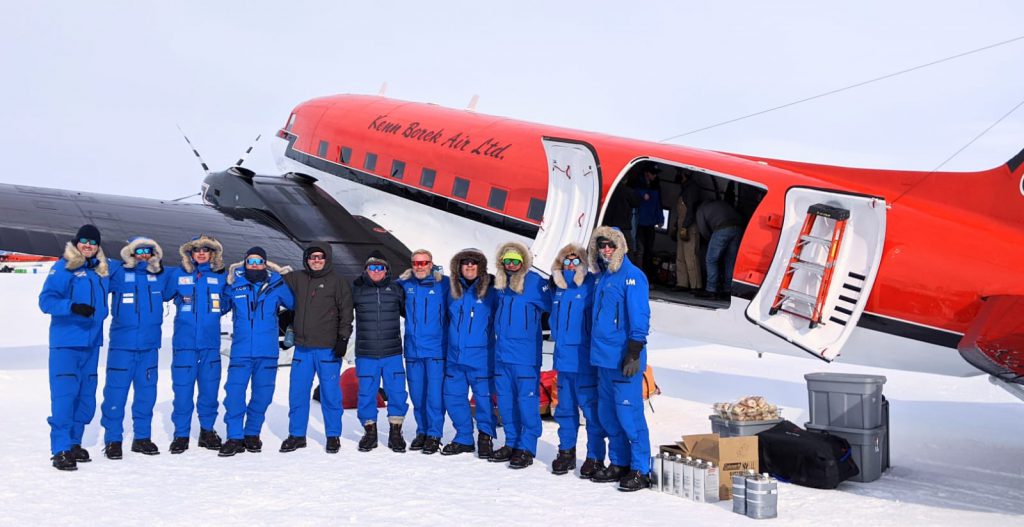 Tick something off your bucket list
with this iconic climb